What Is The Role of a First Responder?

The Chain of Survival developed by the American Heart Association, adopted in Ireland by the Irish Heart Foundation (IHF), was the principle catalyst for Community CPR Programmes focussed on early life saving treatment for victims of Cardiac Arrest. Over the last 15-20 years, many members of NAS were central to the successful rollout of these programmes across the country.

In 2006, the Department of Health published the Task Force Report on Sudden Cardiac Death which was subsequently adopted as Government Policy. This document is now the basis for defining best practice models of ‘first responder schemes’ and ‘public access defibrillation’ as well as the integration of such services into the statutory response.

Recommendations contained within Chapter 5 are particularly relevant to Voluntary Aid agencies and Local Authorities and their Fire Services.

In later years, the role of the First Responder has been further refined and defined by the Pre Hospital Emergency Care Council (PHECC) who published a number of resources in relation to training and education, clinical practice guidelines, and standards for dispatch and response. 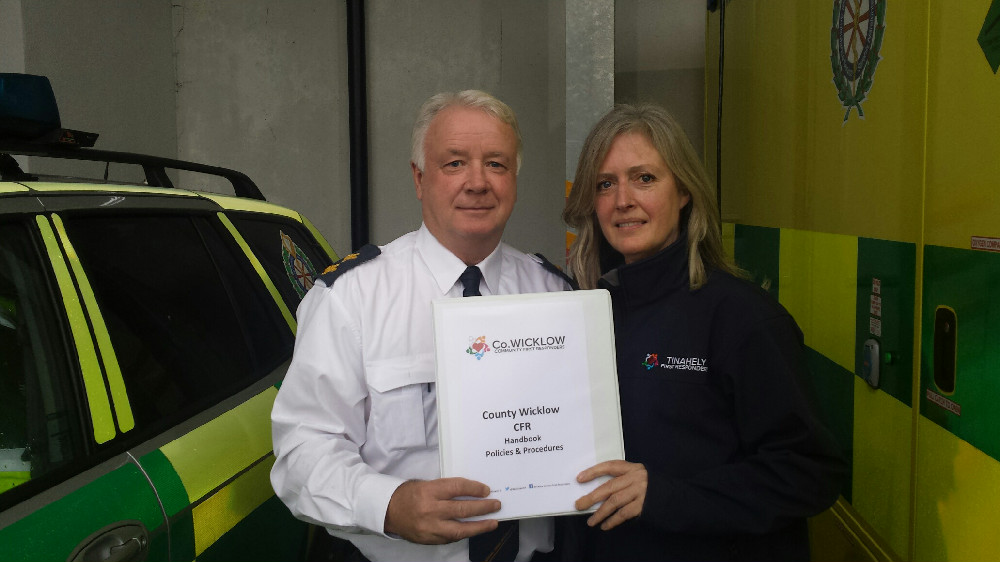 There are four types of First Responder Schemes:

Establishment based Scheme generally CFR (Community) - This group is often made up of workplaces or sports club, where volunteers operate at or near their normal place of work. Examples include shopping centres, leisure centres, prisons, etc.

Community based Scheme generally CFR (Community) – Where volunteers operate within the community they live or work and respond to incidents within a pre-defined geographical area such as a village or small town.

Fire Service Scheme (generally EFR) – This scheme provides the NAS with First Responders who are mobile in an emergency vehicle and able to respond to an area of the NAS’s operational area.

NAS Off Duty Scheme – This is where NAS staff members volunteer to act in a First Responder role in their local community, alerted by NAS SMS Text.
It is important to note that no First Responder Scheme is intended to replace emergency medical services provision, but rather to complement and enhance existing services, in line with the relevant national standards.

“Rapid-response vehicles and, in some areas community first responders, can often get to the scene faster than traditional ambulances. However, as community first responders are not trained to provide the full range of immediate life-saving care, and are not a substitute for ambulance response, dispatch of the two responses should be concurrent. As part of an emergency response network, all community first responders should be supported by the National Ambulance Service, suitably trained and hold a recognised qualification, as a minimum, in basic life support and the use of a defibrillator and attend regular refresher courses. They should be formally connected to a national ambulance control centre to enable prompt dispatch to emergency incidents, where applicable, and ongoing support and communications with the Ambulance Service.”

Are there public acess AEDs in your community? If so please let us know!